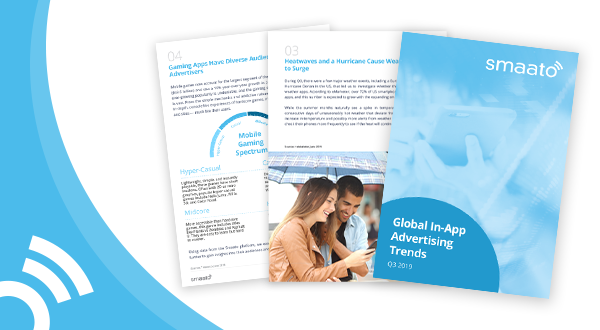 For the last few years, we’ve been mapping out the changes in the mobile in-app advertising ecosystem on both the supply and demand side of the ecosystem. Our latest Global In-App Advertising Trends report reveals the most important trends and events from the third quarter of this year. As brands continue to recognize the importance of mobile and in-app advertising, it comes as no surprise that the market continues to show impressive growth.

The third quarter of 2019 saw new record highs in app downloads and consumer spending globally.1 The start of new sports seasons in the US and Europe, as well as significant weather patterns in different parts of the world, also helped drive an increase in ad requests — specifically in sports and weather apps.

With increased trust and investment in in-app advertising, eCPMs have shown significant growth compared to the same quarter last year. Some of the most notable eCPM growth rates could be seen in emerging markets like Brazil and India, whereas the saturated markets saw a somewhat slower growth but a steady increase nonetheless. 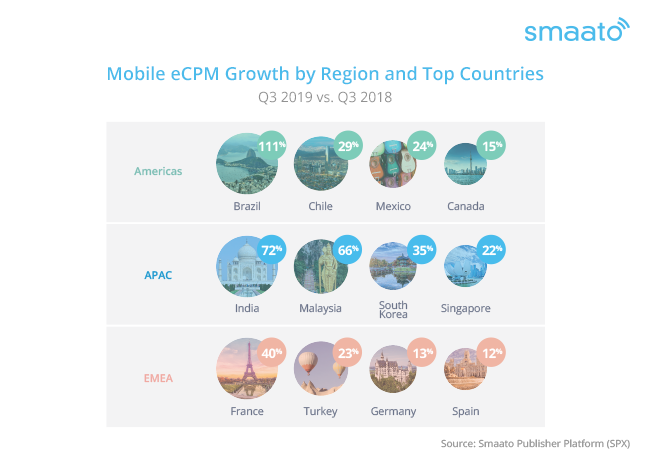 In terms of ad requests, Japan impressed with the highest growth rate worldwide. Compared to the same quarter last year, we saw ad requests grow by 192% inside this country on the Smaato platform. With only 23% of total ad spending going to mobile, Japan clearly has a lot of potential and brands looking to target consumers here should pay closer attention. 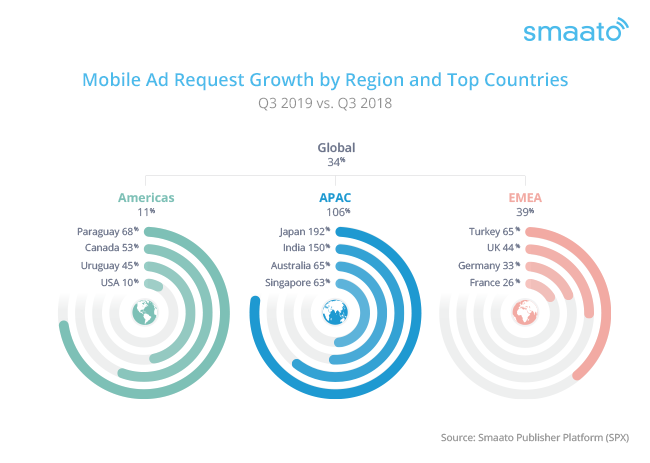 Major weather events, including the European heatwave and Hurricane Dorian in the US, had a noticeable impact on weather apps, causing in-app ad requests and ad spending to surge. As Americans became increasingly interested in the hurricanes development as it approached the East Coast, it seems natural that they would check their weather apps more frequently. Consequently, ad requests and ad spending in weather apps grew significantly during this period as shown in the graph below. 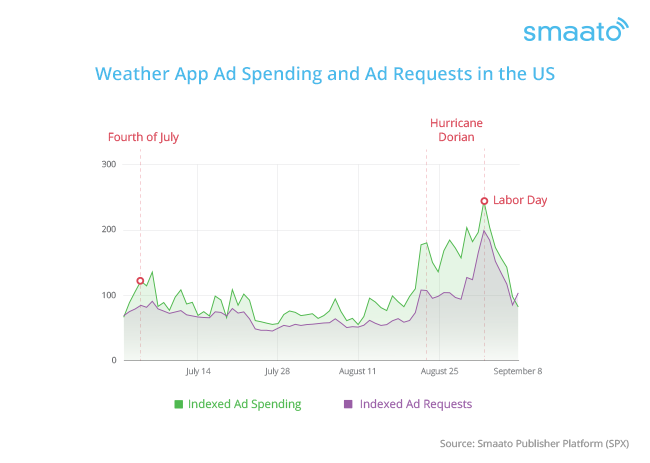 For more insights on how the European heatwave affected the use of weather apps, download the full report here.

Gaming apps are being increasingly recognized as an attractive advertising environment, and more marketers are deciding to use all of the benefits this platform has to offer. With gaming genres such as hyper-casual, casual, mid-core, and hardcore available to players, marketers are presented with a wide range of app choices, depending on their brand strategy and preference. In this report, we noted a clear correlation between the different genres of mobile gaming apps and the gender of their frequent players. Hyper-casual games have the largest share of female players, with 63% of ad requests, followed by casual games with 58%. On the flipside, male players prefer apps on the hardcore side of the gaming spectrum, accounting for 86% of midcore and 91% of hardcore ad requests. 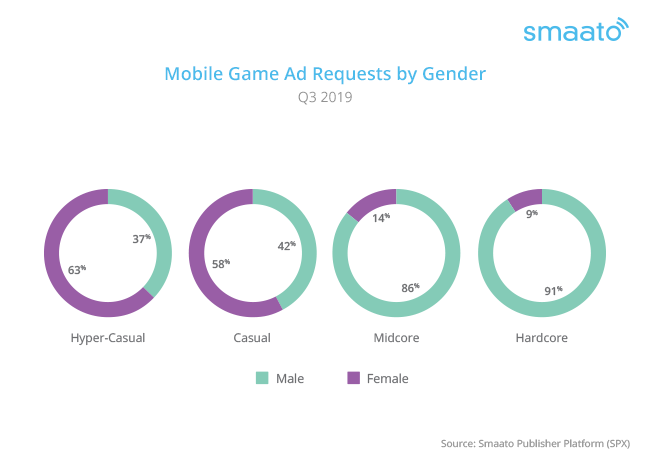 With consumer media usage increasingly shifting to apps, retailers have already recognized the benefits that mobile games offer. Of the top five advertising verticals in mobile games, retail now accounts for 49% of in-app ad spending, a significant growth from its 19% share in H1 2018.2 Food and beverage, electronics, and travel advertisers also account for over a quarter of ad spending. Brands in these verticals appear to have confidence in utilizing mobile games as a core outlet for their in-app advertising budgets. 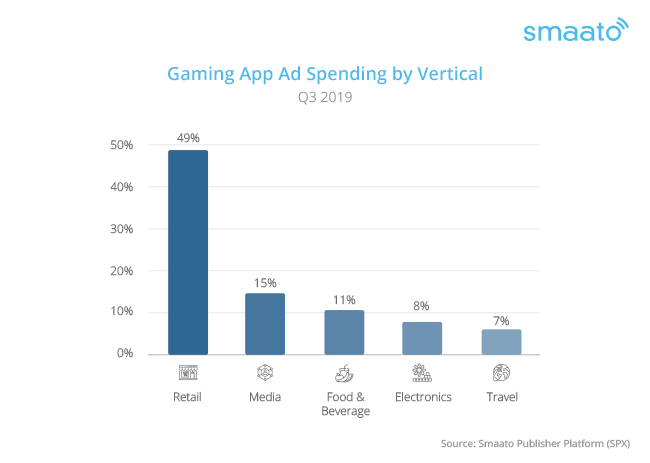 For more trends observed in the third quarter of 2019, including a spotlight on the Middle East and North Africa region (MENA) and the impact sports events had on ad spending and ad requests in sport-related apps, be sure to download our latest Global In-App Advertising Trends report.